LACROIX City consists of 650 “smart city” professionals in France and Europe helping local authorities to build the smart roads necessary to secure and streamline all types of mobility and to ensure an ecological balance for our towns and territories.

The Co-Ownerships Association of “ZAC du Lay” is an association that unites the owners of five separate co-owned properties in Contamines Montjoie, Haute-Savoie, France.

The challenge :Significantly improve the service quality and the comfort of the residents 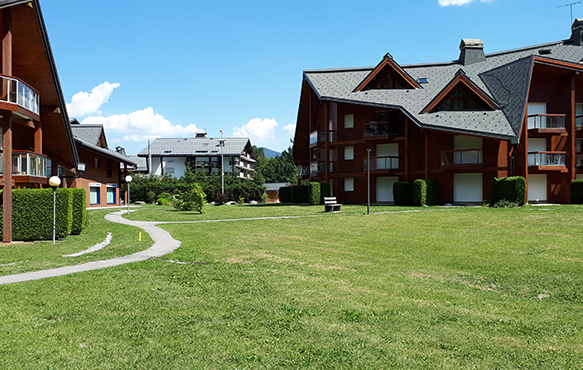 By instigating a complete overhaul of its infrastructure, the Association of “ZAC du Lay” seeks to improve the quality of outdoor lighting in the five co-owned properties.
Also, by equipping areas that previously had no lighting and readjusting the level of lighting in
other areas close to the apartments, the Association wants to increase the comfort and well-being of all its residents.

The Association therefore began a general renovation of its lighting infrastructure. Initially, it chose to be guided by a specialist consultancy in order to draw-up an inventory of the existing installations and provide an initial cost estimate for all the works. Based on the information in this report, the Association decided to resume the project’s management directly, whilst also relying on the expertise of a local installer: GRAMARI, a subsidiary of the FIRALP Group. A decision was made to renew the entire equipment, with LED light
fixtures and installing new lighting points in identified areas.

Amongst other things, it is responsible for maintaining service roads, outdoor car parks, green spaces and snow clearing, as well as outdoor lighting. The lighting infrastructure of the Association has not been renovated since it was first installed in 1985. It includes 53 lighting points, most of which are spherical light fixtures, with mercury-vapour lamps,
some of which no longer worked.

The association in figures

On the advice of GRAMARI and guided by the AREL agency, the Association chose the SensyCity sensing ecosystem as it needed a solution that was easy to implement and simple to use. In all, 100% of the lighting points were

In all, 100% of the lighting points were equipped with SensyCity : 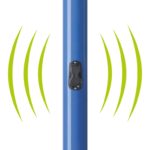 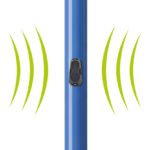 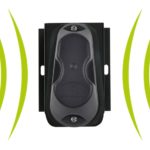 SensyCity®, adjust the lighting to the users’ detection

100% boost when sensor detects presence of pedestrians or cyclists

SensyCity® represents ease of useFor example, following the first programming, we found that the boost lighting was too powerful, but we were able to change it the very next day, there is a margin for error. And the application makes things easy as it is so user-friendly.

Joël Ibled
Administrator of the “ZAC du Lay” and Chairman of the La Borgia co-owners’ Association, responsible for the “ZAC” lighting project. 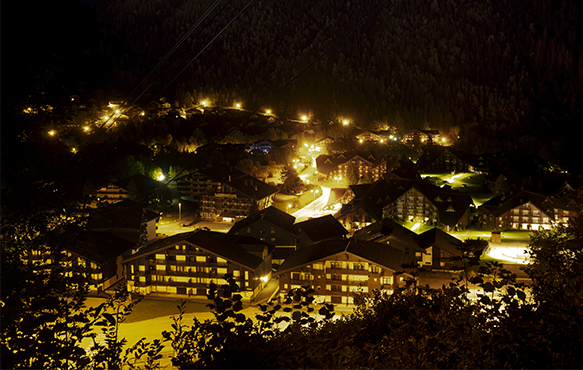 Comparative perspectives on the Zephyr OS by LACROIX, STMicroelectronics and NXP Semiconductors

VeN²uS: more capacity for the transport of green electricity

Reykjavik : Outdoor lighting and the northern lights, cohabitation made possible...

Welcome to an in-depth look at our rapid prototyping unit, a dedicated department that has a successful track record with our industrial customers

Let's take up the new challenges of miniaturisation together!

How 5G is revolutionizing the industry of the future?

Looking back at 2021: an incredible year for the Electronics activity of LACROIX

Yes to Symbiose, the electronics factory of the future - Episode 4 The Environmental Approach

Yes to Symbiose, the electronics factory of the future - Episode 3 Stronger Together

Using the IoT for pole management

LACROIX City is a global player